Aquinas notes that the Christian's obligation to obey human law is not explicable without relation to Christ. E.g., ST I-II, Q 96, a 5, ad 2, citing 1 Pe 2:13, ("Submit yourselves for the Lord's sake to every authority instituted among men ....") Thus, Christians cannot understand how to relate ourselves to the law unless we know how to submit to law for the Lord's sake.

Reflecting on this, we may conclude that Christians who have committed themselves to a natural-law account of law have a special interest in making apparent the relation between law and Christ because typical natural-law jurisprudence does not make explicit the role of Christ. Christians should want to form their attitudes to law with Christ in mind per 1 Pe 2:13.

Bracketing whether Christians may correctly wish as a matter of public rhetoric, argument or legal science to describe law in terms of the objective results of practical reason in ways that do not explicitly name Christ, as a matter of the Christian's personal approach to law, the Christian needs subjectively to orient himself to law in a way that seeks and is motivated and shaped by Christ.

Here, then, are several special and varied topics for Christian natural law, which one can remember with the mnemonic, ACCESS: Asymptote-Christ, Completeness, Eternity, Skepticism, Sovereignty. To say that they are special and varied means that they are not comprehensively or systematically organized. The purpose of these topics is to make personal use of natural law in a way that opens our human relation with law to Christ.

Asymptote-Christ: Ga 3:24 So the law was put in charge to lead us to Christ that we might be justified by faith. 25 Now that faith has come, we are no longer under the supervision of the law.

Ro 10:4 Christ is the end [telos, i.e. goal] of the law so that there may be righteousness for everyone who believes.

To the extent that our natural-law knowledge approaches the value of the revelation of the divine law, then it leads to Christ, but it can never deliver us into the righteousness of Christ. A human law guided by such a natural law, i.e. a human law that works in its part as well as the civil law of Moses, will also lead us to Christ. A defective human law will lead men less well to Christ. The proper shaping effect of the natural law -- to the extent its Christo-telic excellence approaches the Mosaic law -- is a shape that leads men to Christ. We can test our understanding of the natural law by asking sincerely whether the norms that we see in it are such as will lead men to Christ.

To the extent that our natural-law knowledge approaches the Christo-telic value of the revelation of divine law, it will not only encompass all the rules of the divine law. Rather, the Law fulfilled in Jesus Christ encompasses the elements of the entire narrative of God and God's covenants with Man and the calling out of God's people as revealed, inter alia, in the Pentateuch, the Histories and the Psalms.

That is, a proper natural law will show man not only this or that general principle, e.g. do not kill or murders should be punished with such-and-such, but it will also reveal to man his relation to God with respect to eternity, temporality, sin, righteousness, immanent identity, transcendent difference, salvation and damnation, e.g. punishment arises because man is made in the image of God or you shall not kill because God has saved man. A proper natural law open to Christ will teach man rules of conduct that arise from and are a whole with the total relation of God to Man. Of course, this total relation of God to Man is best understood in terms of Jesus Christ.

Ps 148:5 Let them praise the name of the LORD, for he commanded and they were created. 6 He set them in place for ever and ever; he gave a decree that will never pass away.

Ps 119:160 All your words are true; all your righteous laws are eternal.

Per Aquinas, "it is therefore evident that the natural law is nothing else than the rational creature's participation of the eternal law." ST I-II, Q 91, a 2. But we know, as Paul teaches in Colossians, that the eternal law of creation flows from and to Christ. Therefore, if we wish to focus on what is eternal, we must be focusing on Christ. If we wish to find what is outside of flux and change and disintegration, we will find it by reflection on Christ as He is before all things and as He is at the end of all things and as He is now at the Right Hand of the Father. Christians should look for what is truly eternal in their approach to legal normativity and they should do so in relation to Jesus. The test for whether we are in contact with what is eternal is to refer our convictions about legal norms to the one who makes and for whom all is made.

Ro 12:2 Do not conform any longer to the pattern of this world, but be transformed by the renewing of your mind. Then you will be able to test and approve what God's will is-- his good, pleasing and perfect will.

1Jo 5:19 We know that we are children of God, and that the whole world is under the control of the evil one.

Pr 1:7 The fear of the LORD is the beginning of knowledge, but fools despise wisdom and discipline.

Col 3:8 But now you must rid yourselves of all such things as these: anger, rage, malice, slander, and filthy language from your lips.9 Do not lie to each other, since you have taken off your old self with its practices 10 and have put on the new self, which is being renewed in knowledge in the image of its Creator.

The original rhetorical purpose of appeals to natural law was against positive and customary law. The idea of natural law was an appeal to the epistemic and moral difficulty of framing positive laws well enough to conform to the true ideal of justice; the height of eternal justice made it unlikely that any customary norm, with its history and changes, could really be the exact equivalent of eternal right. The grand cry of natural law, "an unjust law is no law," is also a snort of doubt that any law is likely law in a fallen world. Cf. Augustine, City of God 19.23 ("...where there is not this righteousness whereby the one supreme God rules the obedient city according to His grace, so that it sacrifices to none but Him .... there is not a people if our definition be true and therefore there is no republic...")

As we read in 1 John 5 and Romans 12, Christians have their own reasons for suspecting that the legal norms of the world are not really in keeping with divine justice. We should rather expect that without fear of the Lord, the world's way will be based on foolishness. We should expect that unless the law arises from those who have controlled their anger, rage, malice, slander and filthy language, that it is based on something other than the knowledge of image of God, Jesus Christ.

Our expectation in approaching the law should be that it will display failings that point to the need for Christ. The basic skepticism of the Christian to the world's law, the presumption that the world's ways are sinful and in need of Christ, is a Christ-seeking approach to the law. If we believe Colossians 1:15 ff. above, then we know that any true law will be Christ-centered. Seeing that a law is not Christ-centered, we must suspect that it is not true.

Jas 4:12 There is only one Lawgiver and Judge, the one who is able to save and destroy. But you-- who are you to judge your neighbor?

Our knowledge of Jesus as Christ, as King, should establish in Christians a sense of the personal role of God in establishing the norms by which we live. It should abolish from ourselves any sense of man's ability apart from God to bring about law's that will establish us. As we read Solomon did in 2 Chronicles 1, we should turn to God with a desire for wisdom to properly govern. We should recognize the sovereignty of God as predominating our own power in a way that requires us to seek His assistance personally. When we turn to reason about the natural law, we will do so with a lively sense of prayer and understanding of our need for God to guide our understandings. 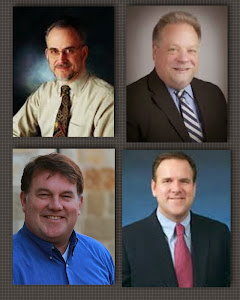